All of cats were in bed with Mom having our treats last night when we heard very loud caterwauling in our back yard! Mom looked out the window, and in the dark, she could see Merle and Lucifer having a "conversation". There was some whappy paws and then Merle took off!

When Mom walked past Mary's with Cinnamon this morning, she saw Merle eating his breakfast. She remembered that she had not gotten a shot of him when he came home from the vets and his sojourn at Boundary Helping Hands recovering from antibiotics. And she asked him of she could take his picture.

Of course, he said. 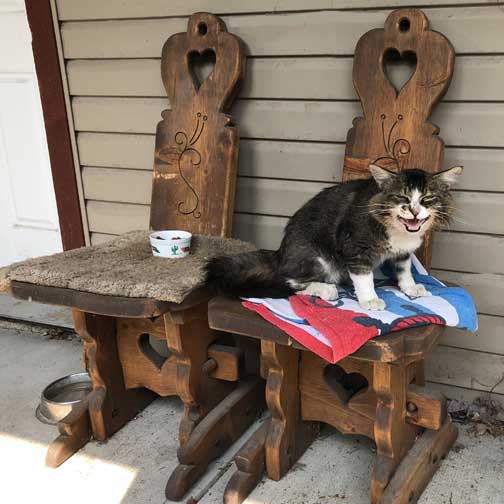 Merle lives in the shop behind him. He was having his breakfast "el Fresco" this morning. He says he did not like being cooped up inside but he does like being able to come and go and sleep where he wants.

Mom asked him what he was doing fighting with Lucifer in our back yard last night and he said Lucifer is still an intact male and had not yet realized that he, Merle was not. Lucifer wanted a fight and Merle says he does not feel like it any more. And that is what he was telling Lucifer. 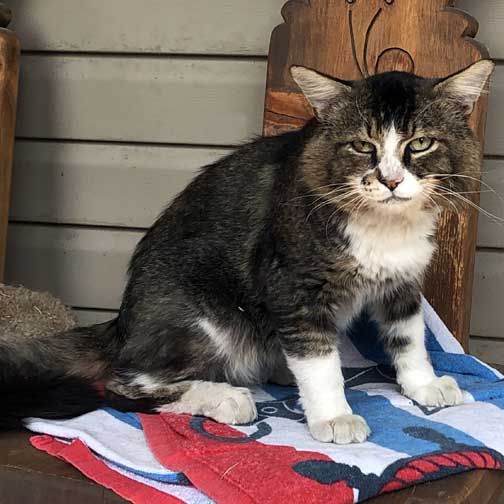 The lump he had on his face and head from the infection is totally gone and he has been enjoying the sunshine, his new bed in the shop and the noms that Mary gives him. He is also starting to make furrends with us, Mrs S's Blackie and Mary's other 3 cats.He's actually a nice guy now that he does not want to chase us out of his territory any more. 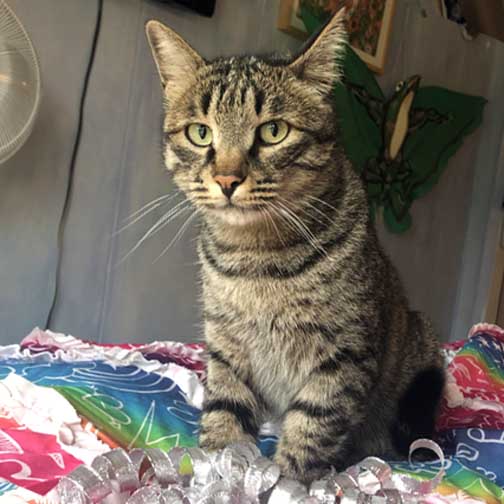 Mom was talking to Mr T (Lucifer's Dad) last week. Lucifer is getting his snip when he goes into the vet for his shots in about 2 weeks.
We hope you have enjoyed Cat-ching up on the news about Merle!
We are pawticipating in Wordless Wednesday at Comedy Plus this week. We LOVE Sandee's Hops! She always has the best photos! We LOVE her comments too! Please click her button to be magically taken to Comedy Plus! 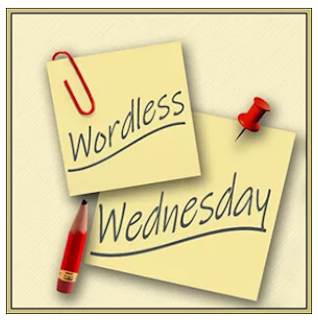 The Celebration is June 19! 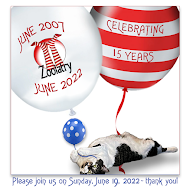 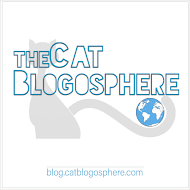